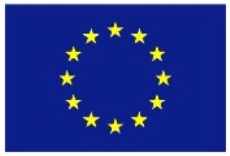 On 27 May 2016, the EU Council and Parliament have agreed on the EU Trade Secrets Directive.

The Directive introduces an EU-wide definition of “trade secret”, i.e. information which is secret, has commercial value because it is secret, and has been subject to reasonable steps to keep it secret.

The work of journalists and disclosure by whistle-blowers (when acting in good faith for the purpose of protecting the general public) are under certain conditions exempt.

Also, the Directive imposes no limitation to employees’ use of experience and skills acquired honestly in the course of their employment.

Once formally adopted, the Directive will oblige EU member states to enact legislation ensuring that victims of misuse of trade secrets are able to defend their rights in court and to seek compensation.

The new rules set minimum requirements so that any member state may provide for further reaching protection against the unlawful acquisition, use or disclosure of trade secrets if it wishes to do so as long as it respects the safeguards set in the Directive.

Although the member states get 24 months to implement the Directive, it is advisable to take the definition and rules under the Directive into account when drafting contracts.